For our penultimate Trailblazing post, we shine a light on this year’s Virtualization shortlist. According to research by reportsnreports.com, the SDN, NFV and network virtualization market will account for nearly $10 Billion in 2015 alone, with estimated further growth at a CAGR of 37% over the next 5 years.

First on the list is DataGravity, who provide a data-aware storage solution that helps customers strategically unlock the value of their growing data resources. Also a finalist in the Storage Trailblazers, the Nashua startup most recently received $50 million in a series C investment round led by Silicon Valley venture capital firm Accel Partners, with previous investors Andreessen Horowitz, CRV and General Catalyst Partners also backing. The series C round brings total investments in DataGravity to $92 million.

Or perhaps Texas-based NIMBOXX will take get your vote, with their innovation which converges servers, storage, networking and security into a single system, providing an easy and affordable way to deploy a software-defined data center. In June 2014, NIMBOXX achieved $12 million in Series A funding from SMC Holdings, a Hong Kong-based institutional investor.

From San Jose, CA, is Pernix Data, who has also earned a place on the Storage shortlist, thanks to their FVP software which virtualizes server flash and RAM to create a low latency storage acceleration tier that maximizes VM performance and minimizes storage costs. Pernix reached VC series C funding in August 2014, with backers including Kleiner Perkins Caufield & Byers, Lightspeed Venture Partners, Menlo Ventures and others.

Also in the running is Pluribus Networks, from Palo Alto, CA who have achieved VC series C funding supported by Menlo Ventures, New Enterprise Associates, Mohr Davidow Ventures and others. According to Pluribus, their innovation is the industry’s first and only bare-metal, distributed network hypervisor operating system, Netvisor, for the convergence of compute, network, storage and virtualization based on open compute and open networking technologies, enabling a new class of highly programmable network-aware applications and services.

From London, UK, Thoughtonomy offers automation software delivering a “virtual workforce” for service operations. By “virtualising” the activities of humans, the startup provides a new way to automate manual activities in service operations, with all of the benefits of automation without the compromises. Thoughtomony is supported by Angel & other private funding.

The last of our brilliant Virtualization finalists fighting for the winner’s title is VMTurbo – based in Boston, their control system for cloud and virtual environments enables datacenter teams to optimally manage applications running on shared infrastructure like servers and storage. Currently, VMTurbo’s investment totals $27.5 million in 3 rounds, with support from Bain Capital Ventures, Globespan Capital Partners and Highland Capital Partners.

Be part of the Tech Trailblazers voting! Pick your favourite IoT startup at www.techtrailblazers.com/shortlist/ before 23.59pm Pacific Time on 16th January 2015. 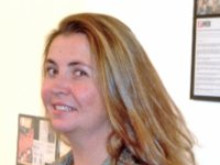